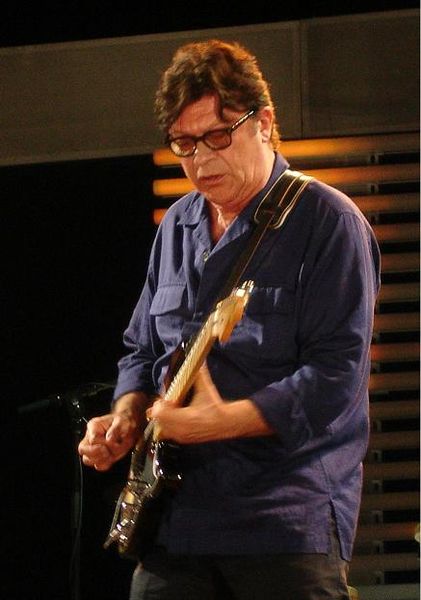 Robertson is best known for his work as lead guitarist and primary songwriter for the Band, and for his career as a solo recording artist. His work with the Band was instrumental in creating the Americana music genre. Robertson has been inducted into the Rock and Roll Hall of Fame and the Canadian Music Hall of Fame as a member of the Band, and has been inducted to Canada's Walk of Fame both with the Band and on his own. He is ranked 59th in Rolling Stone magazine’s list of the 100 greatest guitarists.

As a songwriter, Robertson is credited for writing "The Weight", "The Night They Drove Old Dixie Down", "Up on Cripple Creek", "Broken Arrow", "Somewhere Down the Crazy River", and many others. Robertson has been inducted into the Canadian Songwriters Hall of Fame, and received a Lifetime Achievement Award from the National Academy of Songwriters.