Edmonton's Gondola Has Been Put On Pause 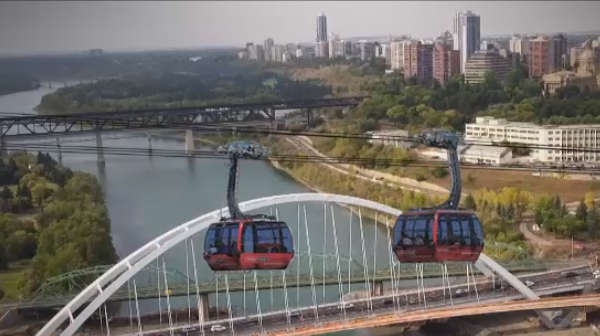 Council voted 12 - 1 in favor of passing on the downtown to Old Strathcona gondola project.

Edmonton city council voted on Monday to pass, for now, on the proposed Prairie Sky Gondola Project that has been discussed.

Several councilors as well as the mayor say, that passing on it, does not mean that the city is not open to big projects and ideas. Rather they say this decision shows that consideration for the Indigenous community and reconciliation need to take precedent in matters like this.

A major concern that came from the hearing was the location of the gondola, which would be built a top of an ancestral burial site (Rossdale Flats).

Mayor Amarjeet Sohi says one of the main issues was  “the lack of authentic engagement with Indigenous communities… it did not happen. I wish it had, but it had not,” Sohi said. “Especially when we as a city have such a strong commitment to reconciliation of Indigenous peoples.”

Prairie Sky Gondola CEO Jeffrey Hansen-Carlson issued a statement saying they are not deterred by this decision and that “Truth and reconciliation are not mere words, we wholeheartedly believe those words must be a priority. And this was our intention all along and it will be forever. We are grateful.”