Indigenous artwork added to west side fire hall in Lethbridge 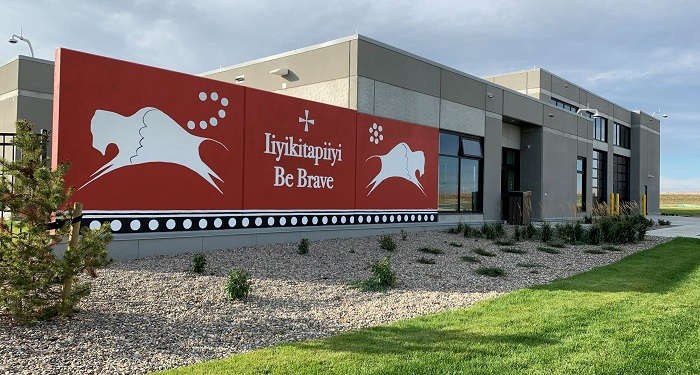 Three indigenous artists completed several pieces including a big mural outside Fire Station 5 that reflects Blackfoot culture and territory in the city of Lethbridge.

Hali Heavy Shield, the artist behind the mural, says it’s truly an honour to have created a piece for the city and explains the meaning behind her work.

Heavy Shield is one of three artists who contributed to the project. Rudy Black Plume created a wrap for one of the fire engines, which brings the spirit of the painted horse to crews who operate the truck.

There are also nine bison sculptures lining the boulevard with information on native plant species. These were created by Marjie Crop Eared Wolf, along with Kainai elders.

This is the first time that three artists have collaborated on pieces and the hope is to have more indigenous artwork displayed around the city.

The city says the new installations create an ecosystem of Blackfoot cultural representation  with a goal to reflect the diversity of the community in the public realm.

“Part of reconciliation is bringing together Indigenous and non-Indigenous people to come to a shared understanding,” says Charlene Bruised Head Mountain Horse, Indigenous relations advisor. “The space we see here in Great Bear Boulevard is a fantastic opportunity for our community to come out, engage with Blackfoot art and culture and walk away knowing a little more about the land we’re situated on.” 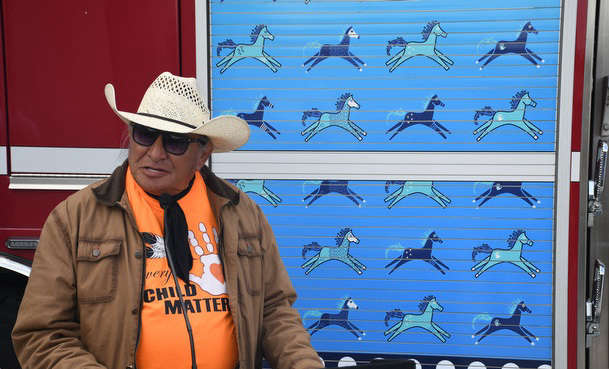 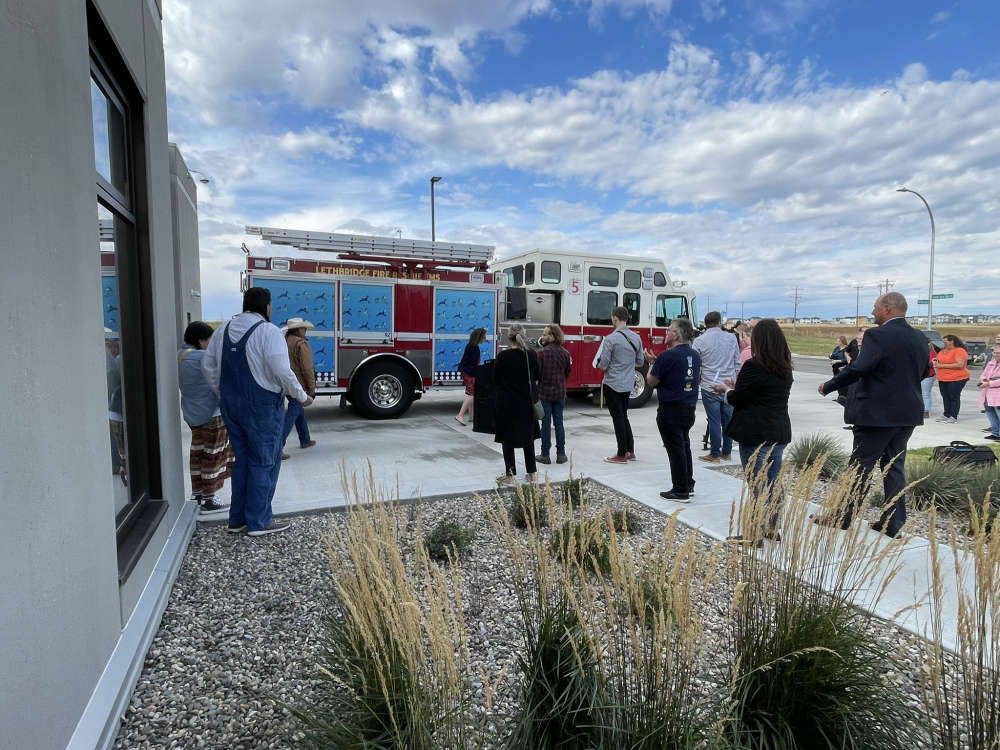