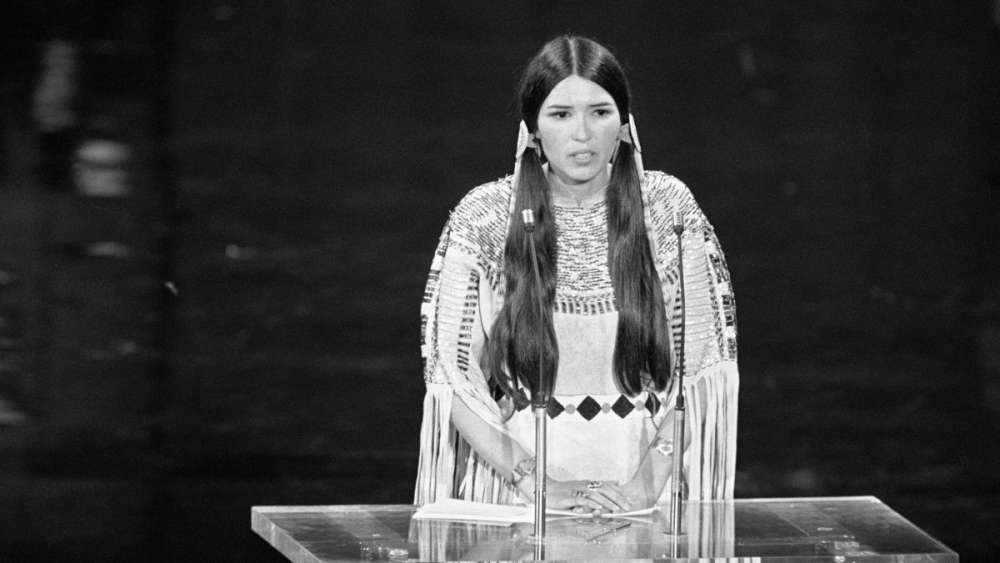 "In addition to the abuse she suffered that night, Littlefeather's status as a Native American was called into question as well, as vicious rumors circulated about her identity for years"

The Academy of Motion Picture Arts and Sciences has formally apologized to Sacheen Littlefeather for her mistreatment at the 1973 Academy Awards, where the Native American actress and civil rights activist was booed and ridiculed as she declined the Best Actor award on Marlon Brando's behalf.

"The abuse you endured because of this statement was unwarranted and unjustified," Academy President David Rubin wrote in a "statement of reconciliation" sent to Littefeather in June, and posted on the Academy's website Monday. "The emotional burden you have lived through and the cost to your own career in our industry are irreparable. For too long the courage you showed has been unacknowledged. For this, we offer both our deepest apologies and our sincere admiration."

The Academy also acknowledged the toll the experience has taken on Littlefeather in her personal and professional life.

"As a result, Sacheen was professionally boycotted, personally harassed and attacked, and discriminated against for the last fifty years," Rubin wrote.

Brando had been nominated for the award for his performance in "The Godfather," and was widely expected to win. In a strictly timed 60-second speech at the 45th Academy Awards, which she attended at Brando's request, Littlefeather stated that the actor "very regretfully cannot accept this very generous award, and the reasons for this being are the treatment of American Indians today by the film industry ... and on television, in movie reruns, and also with recent happenings at Wounded Knee.

Audience members could be heard booing during her speech, and Littlefeather maintains she was even physically threatened by Western movie actor John Wayne.

Despite the decades it took to receive the apology, Littlefeather handled the situation with grace.

"We Indians are very patient people — it's only been 50 years, we need to keep our sense of humor about this at all times," Littlefeather added. "It's our method of survival."